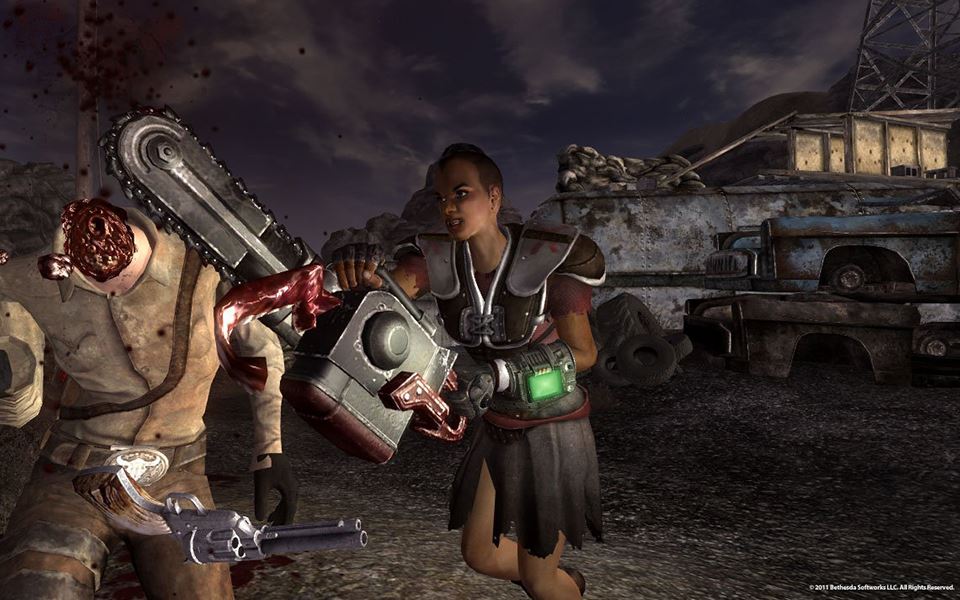 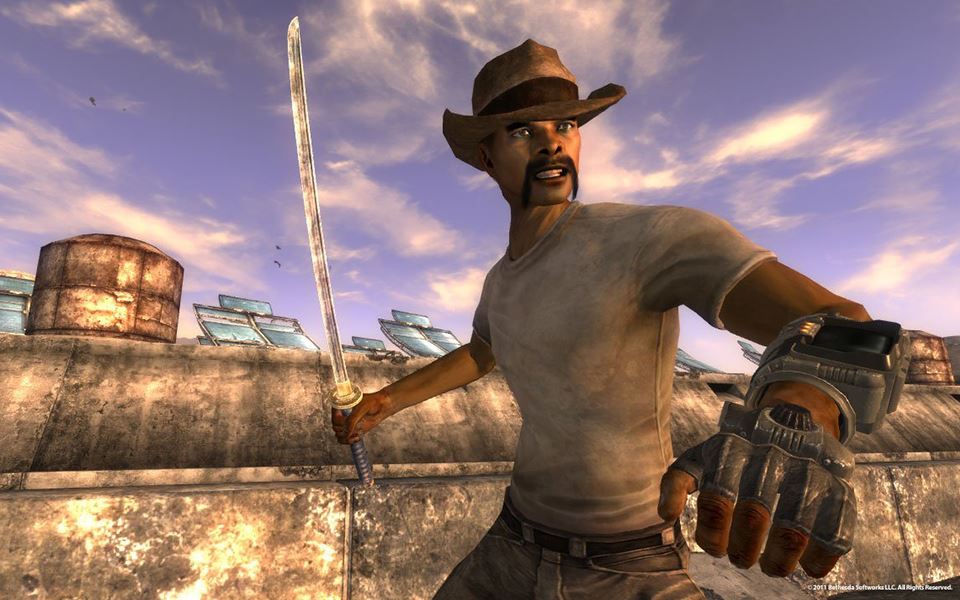 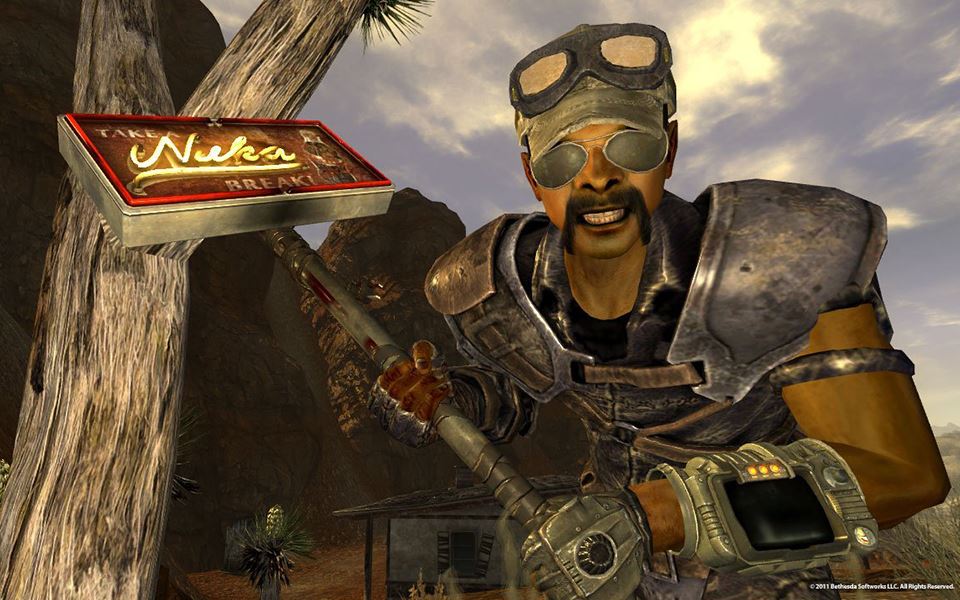 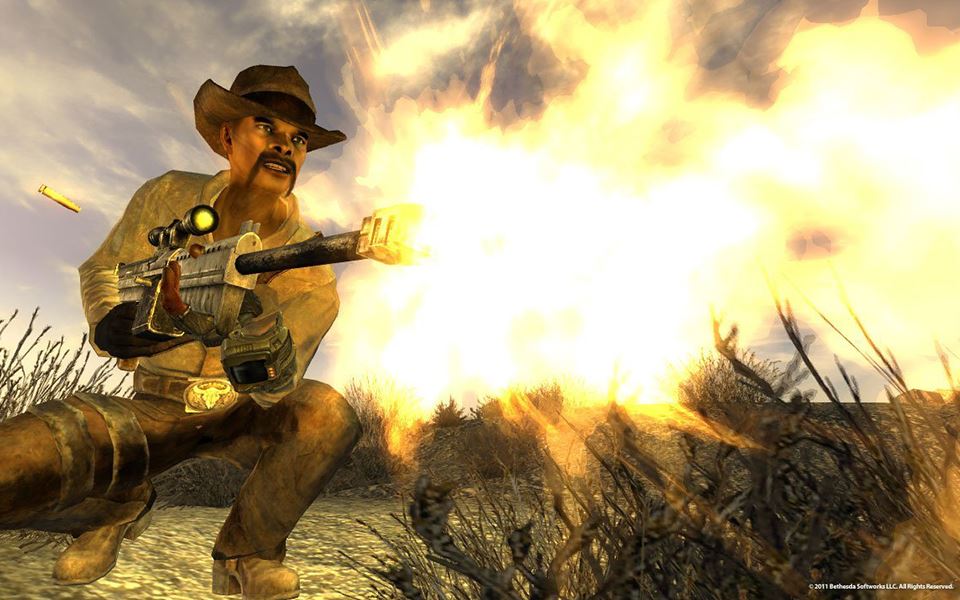 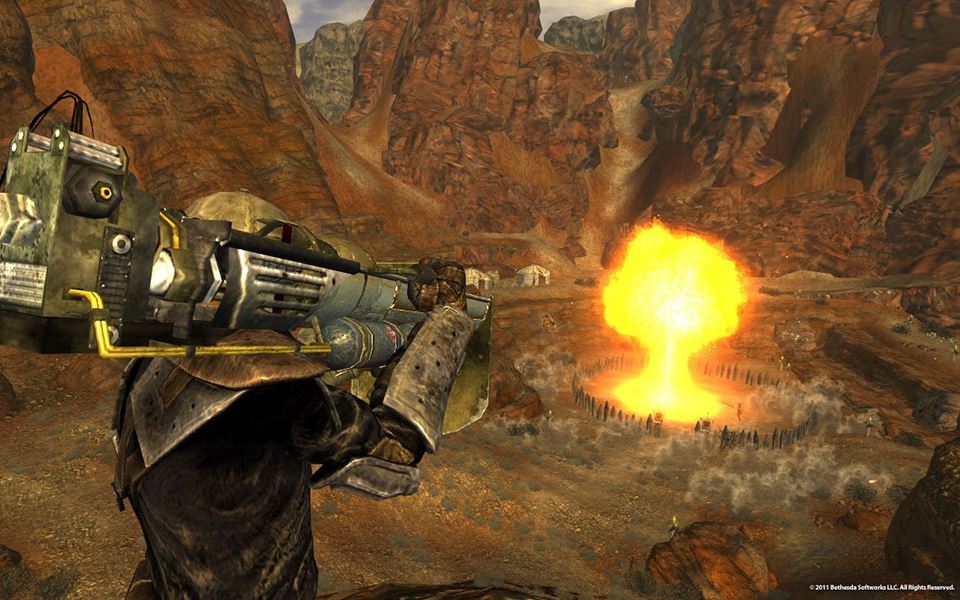 The famous weapons manufacturer, Gun Runners, has opened up their exclusive cache of armaments, including new weapons, weapon mods, ammo types and recipes. Their inventory doesn’t come without a price, though. Trek far and wide throughout the Mojave Wasteland in search of this elite class of weapons that range from the outrageously potent to the bizarrely impractical.

- New Weapons and Weapon Mods
It’s time to free up some of that inventory weight. Waiting to be uncovered in the Mojave Wasteland is a plethora of new unique weapons such as the Bozar, an all-powerful 5.56mm Light Machine Gun, the Smitty Special, an overwhelming variant of the Plasma Caster,, the MFC Cluster mine, the Esther, a unique Mini Nuke Launcher, and the ridiculous Nuka Breaker – a new melee weapon made from a Nuka-Cola neon sign. If the 27 new weapons aren’t enough, upgrade your existing weapons with 40 new weapon modifications.

- New Challenges
Over twenty new challenges await the most diligent of completionists. If you thought that you’ve done and seen everything New Vegas has to offer, think again!